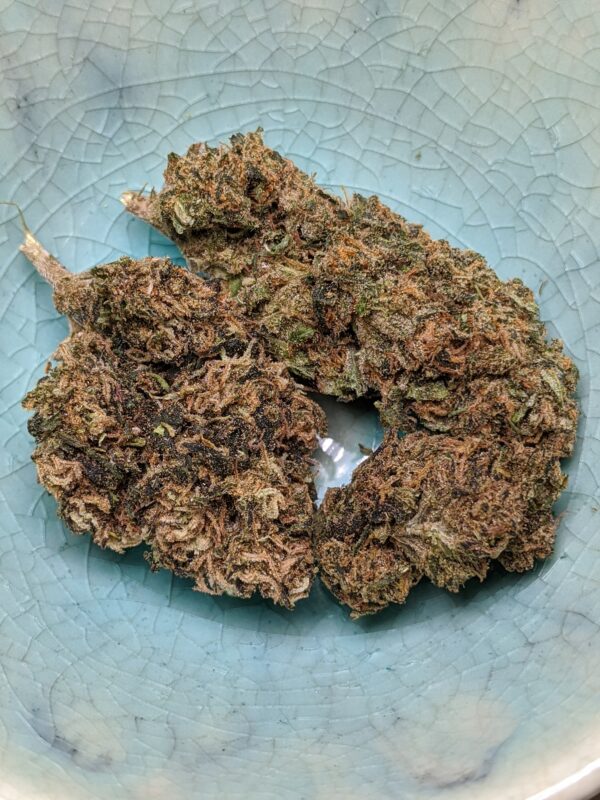 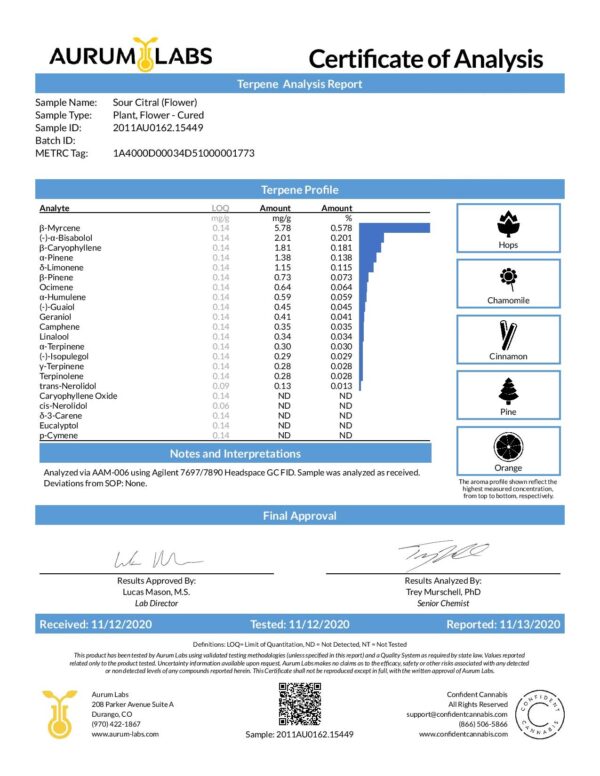 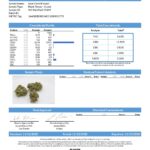 Tangerine #1, otherwise known as Sour Citral, emits a pungent aroma of tang, bringing with it notes of sweet and sour citrus. An ode to T1, Tangerine #1 is more T1 than T1, for all of the reasons we love T1. Although Tangerine #1 is not a direct descendent, they are related & extremely similar both in look, nose, taste, and effect. Expect dense flowers with strong frost and and overall bag appeal. Cultivated alongside and as a child of Sour Blueberry Kush, you can expect a similar level of excellence from this cultivar. Despite the presence of seeds with no thanks to local volunteers, resin production remains magnificent, with the strong secondary metabolite levels to go along with it. Effective is an understatement – ultimately, the reason this flower is so efficacious is because it contains a wide variety of cannabinoids and terpenes that compliment one another. Notably, CBC is measured at 2.35%, CBG at 0.90%, with a taste of CBDV at 0.12% – all with terpenes testing at 1.69% and total cannabinoids at 21.18%.  If the thought of citrus and relaxation soothe you, this one’s for you. Enjoy it before a restful night’s sleep. Tangerine #1 contains varying amounts of seeds.

Leaf powder has moved to a new domain (text us for more info!) Very first Beleafer purchase? Use brandnewbeleafer10 for 10%.